Sancha and Dale and CHIIIIIPPPP

There have been many changes since I last blogged. Or one change, really.
Introducing.... 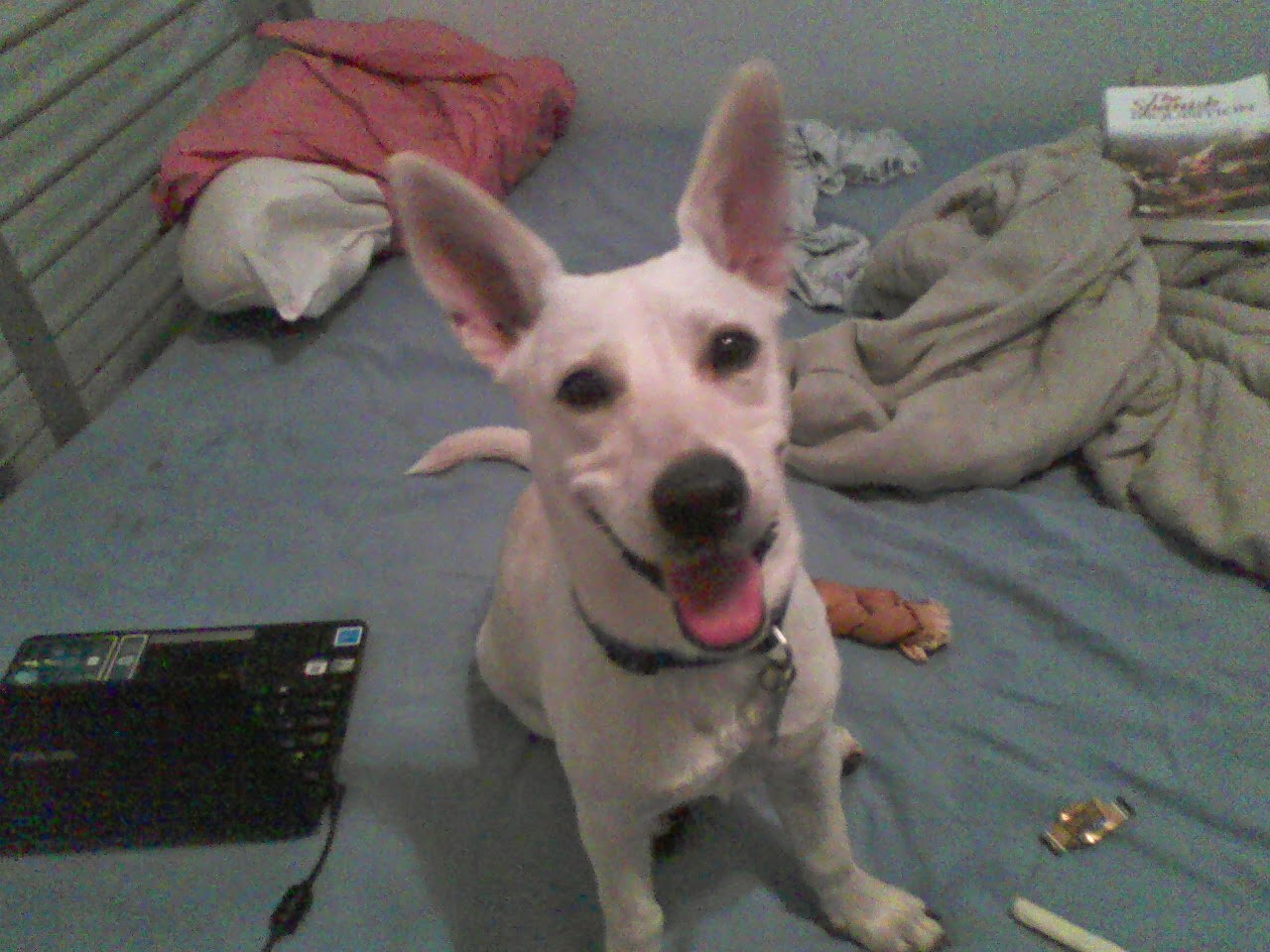 As you will note, he looks a lot like Sancha. Which explains why I adopted him upon sight and why I did not stop and ask myself important questions like: do I want a puppy? does this dog have any training whatsoever? is this dog compatible with my lifestyle? will this dog enjoy blogging?

A month and a half later, I would say the answers are: too late now, a little bit, time to change your lifestyle, and not even close to the required attention span.

Chip looks like Sancha...and the resemblance stops there. Let me give what I think is a representative example. When Sancha saw a pillow, her instinct was to curl up on top of it and go to sleep. When Chip sees a pillow, his instinct is to drag it around the house and if possible remove its stuffing. His incredible ADHD is actually his saving grace, because he can't focus on anything for long enough to actually destroy it. And he is quite responsive to "No!" He just can't remember what provoked a "no" for more than 5 minutes. Somewhere Sancha is laughing hysterically.

I confess that for the first few weeks (or mostly weekends--he is in doggie daycare during the weekdays and I can get some work/me time, but weekdays he requires pretty constant stimulation/attention), I was missing Sancha pretty fiercely. But I've started to appreciate Chip for who he is (although don't get me wrong, I'm still counting on him calming down some once he reaches a year!) And this is what I've learned:

When Chip is happy, which is 99% of the time (I like to think he registers some not-happy feelings when I chastise him, but he certainly doesn't dwell on them), he is SOOOO HAPPY. If the guy for Dos Equis is the Most Interesting Man in the World, then Chip is THE HAPPIEST DOG IN THE WORLD. He is also the friendliest dog in the world. We go to the dog park every day (which has to be the greatest invention of the 20th century) and he loves everyone. Big dogs, little dogs, dogs that don't like any other dogs, dogs that want to play fetch, dogs that want to hump, dogs that want to be humped while playing fetch....he plays with them all. He can do up-close wrestling playing. He can do long-range running playing. And when I am done (because he is never done. The other dogs get tired. He does not) and want to go home, HE IS THE HAPPIEST DOG GETTING HIS LEASH ON.  And THE HAPPIEST DOG DRINKING WATER. And THE HAPPIEST DOG GETTING INTO THE CAR.

I don't think Chip will be blogging any time soon. First of all, literacy is a long way off. But even if we could get an app that translated his thoughts to a blog, I don't think he's been doing a lot of philosophical reflection. Y had a quote from her stepmother (stepmother-in-law? Y's family is complicated!) on her Twitter that says more or less "If you are depressed, you are living in the past. If you are anxious, you are living in the future. If you are at peace, you are in the now." I'm not sure I agree with this 100%, but it is true that I am a historian and I tend toward melancholy and I would guess that most philosophical thinkers and reflective personalities do. Chip is so "in the now" they could rename the now after him, call it being in the chip. When I think of being "at peace" I think of calm and serenity, and that is not Chip. But I think he has his own ecstatic peace. Not good for blogging, but a good thing to have as a model in my life.